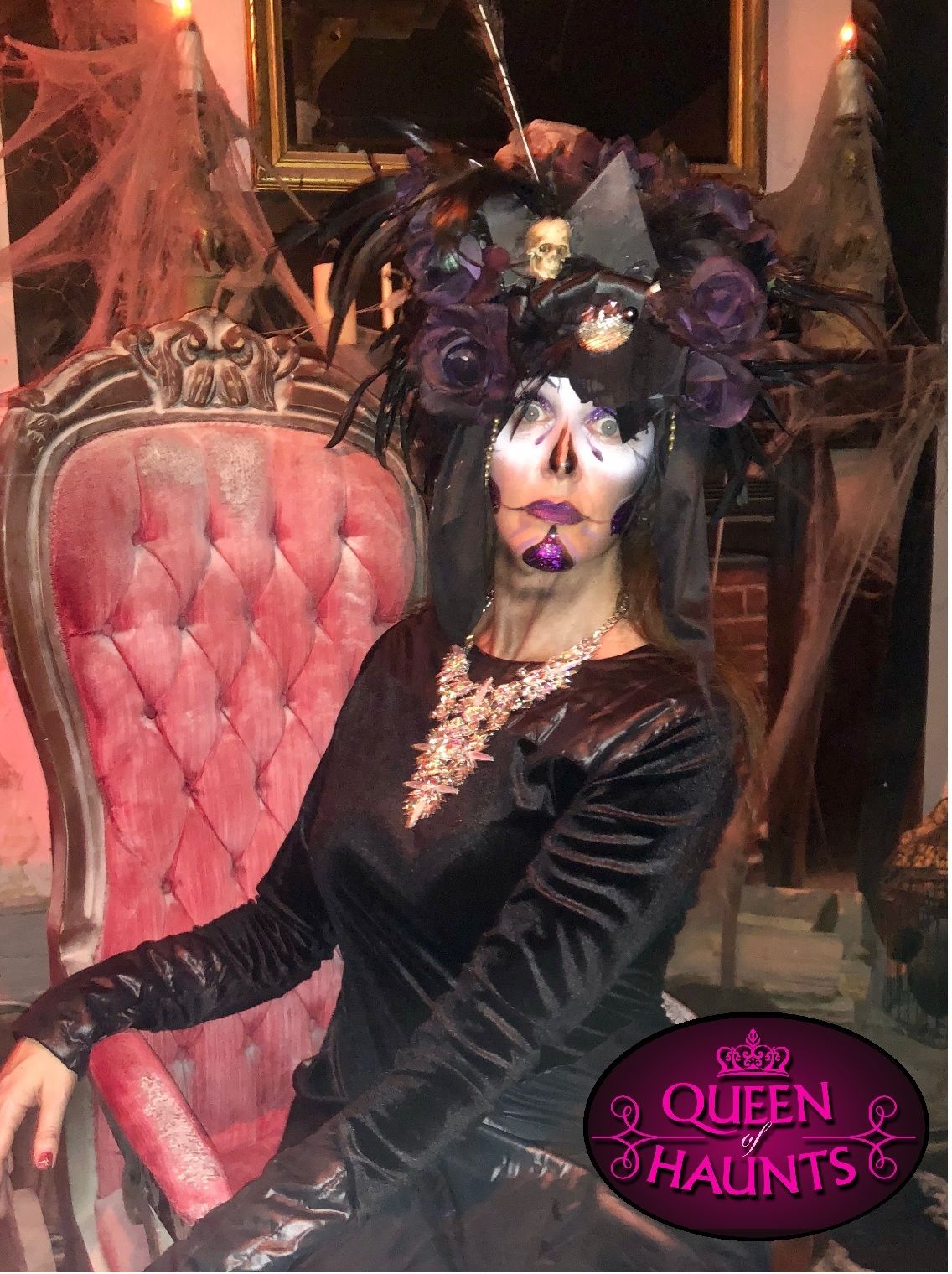 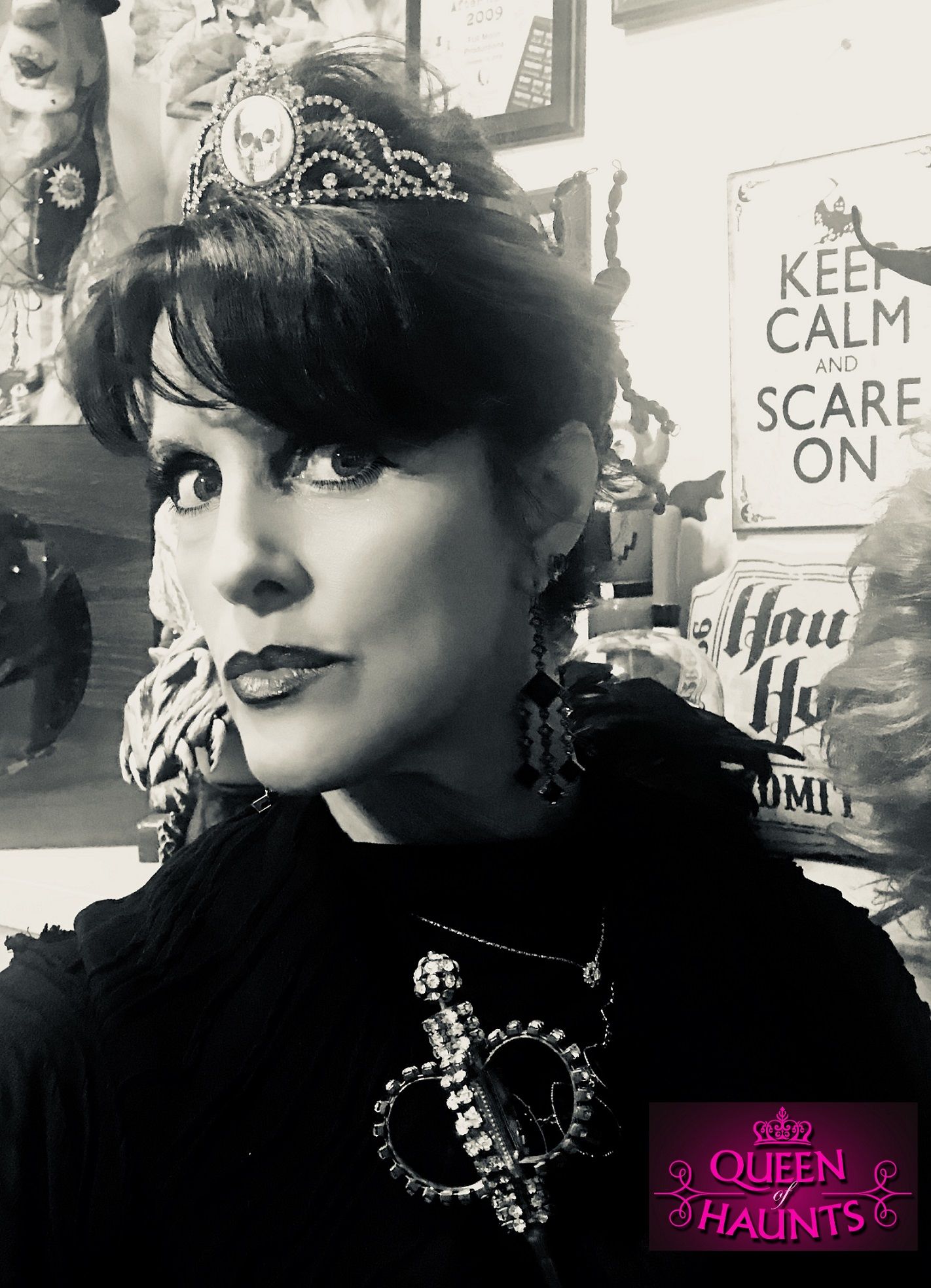 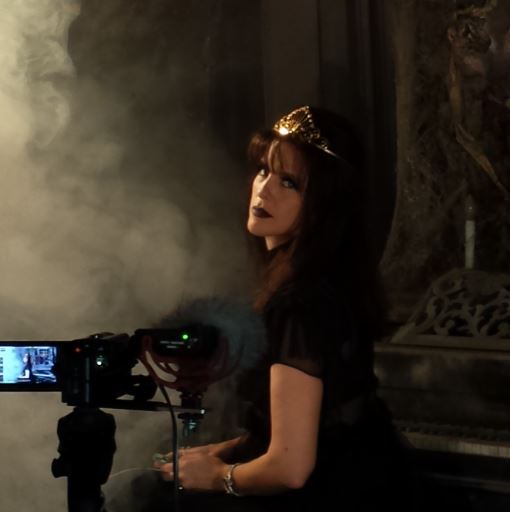 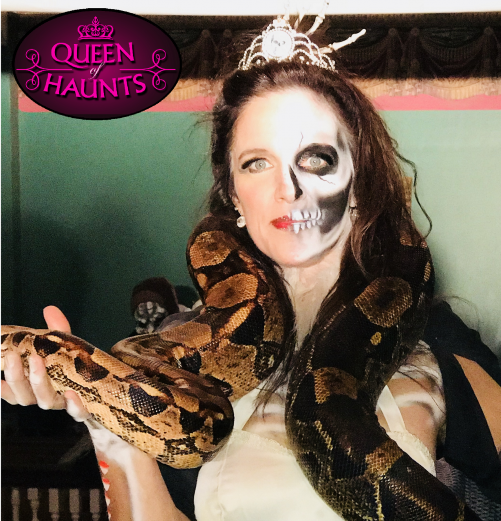 Queen of Haunts Picks Thirteen of the Best at Balancing Scary, Fun, and Safety
DALLAS - WisconsinEagle -- When you grow up in the haunt business, like the Queen of Haunts, you learn what makes a beating heart tick and draw upon fears and laughter. It's the business of fright after all, but 2020 has the best haunted attractions honing their operations to reduce the chance of spreading anything but fear.

"Missing the Halloween season is not an option," said Amber Arnett-Bequeaith, also known as the Queen of Haunts. "So many people have anxiety and sadness or stress with the new challenges we face. Scaring is a proven science to help give some release to these pressures. We are keeping the scary arts alive during these frightful times."

Beyond the entertainment value, safety has always been a measure of professional haunts. See the haunts' safety measures on their respective websites. This year the Queen of Haunt reviewed attractions that made the most of haunting and safety to give haunt enthusiasts the top 13 TERRORific haunts in the U.S.

1.    Beast Haunted House, Kansas City: I have a hand in this esteemed haunt, but it's justified giving it the top spot as it holds its 30th season. America Haunts named it the top haunt in 2019. The Beast's theme digs into the medieval beast of man which haunts 2020.

2.    Cutting Edge, Fort Worth: Imagine the horror in this real, 100-year-old meatpacking plant and present-day attraction that grinds out screams and laughs to be, indeed, one of the best haunted attractions anywhere!

More on Wisconsin Eagle
3.    Bates Motel, Philadelphia: They show no mercy by making their hayride a walking trail. It helps people distance, but afoot the grounds are even scarier! Plus, its haunt attractions go beyond the norm with axe throwing and a zombie laser hunt.

4.    NETHERWORLD, Atlanta: Refined special effects, electrify your terror for an awe-struck experience. Their new "Festival of the Monsters" outside or their two distinct haunts inside will leave you with nightmares.

5.    Edge of Hell, Kansas City: Come hell or high water, the haunt that has outlasted and outwitted the others is still among the best. This is the oldest haunted attraction in the nation, and full disclosure it's where the Queen got her start.

6.    Spookywoods, High Point: In the fresh air of the forests and shadows of beasts at night, you have a win-win in 2020. Outdoor scary fun with themed sets throughout the woods, zombie tag, zip lines, a maze within 60' Pine trees.

7.    Dent, Cincinnati: In these crazy days, it's good that they have a school to haunt. There isn't virtual learning at this school that pushes scary-good boundaries to create the best of memories.

8.    Nightmare on 13th, Salt Lake City: Enter these castle doors to 36,000 feet of fright. Think mega chills and thrills. This haunt creates their professional costumes and masks, giving them an authentic scare that others can't duplicate.

More on Wisconsin Eagle
9.    Headless Horseman, New York: When the going gets tough, this place innovates to offer something for everyone. In place of the hayride, they launched a haunted drive-thru experience. Those who choose to venture out their corn maze and haunted attractions are adapted even to scare people who have seen it all.

10.  13th Gate, Baton Rouge: Where the line blurs between horror and reality, your mind races, and your heart rate accelerates. This place executes intense scares that leaves you breathless and ultimately laughing in delight.

11.  Erebus, Pontiac, MI: Sinners after death are said to go to the darkness under the earth. Erebus conjures up unimaginable scares in this realm that defies explanation while creating excitement and energy that we especially crave in these times.

12.  Thrillvania, Dallas: For those who dare to visit in these uncertain times, this attraction has three haunts on 50 acres, so you have room to scream, and the undead can get their vengeance on those souls looking for scary fun.

13.  Spooky World, Litchfield, New Hampshire (near Boston): This horror scream park has so many acres swarming with unnatural beings and a 3D labyrinth of scare that they cover everything from haunts and hayrides to games.

About Queen of Haunts

Amber Arnett-Bequeaith, aka Queen of Haunts, is a mastermind behind some well-known haunt attractions and events. When she was just a pre-school princess, she slept in coffins of her family's haunts and grew up in the business of fright.  Her influence extends beyond her reign of the mega-houses in Kansas City's West Bottoms, she's an author and media contributor for the haunt industry, an advocate and cook of gluten-free culinary treats, and wickedly talented with themed decors.