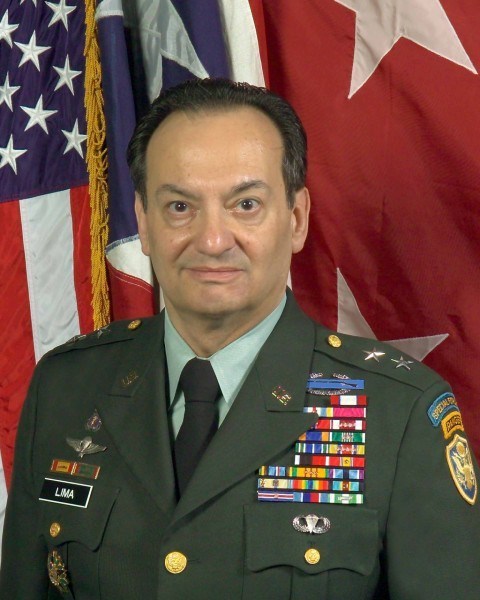 DELAFIELD, Wis., Nov. 19, 2020 /PRNewswire/ -- St. John's Northwestern Academies (SJNA) announced that its Board of Trustees had elected Paul Edwin Lima, Major General, U.S. Army (Retired) to become the 18th President of the Academies effective immediately. General Lima was also appointed to the Board of Trustees.

General Lima graduated from the United States Military Academy at West Point, New York and holds master's degrees from Boston University and the Darden School of Business at the University of Virginia. He has managed two highly successful careers as a Major General in the Army Reserve, and as a C-level corporate executive with extensive experience in South America and fluency in Spanish. General Lima's involvement with St. John's Northwestern Military Academy dates to 2010, mentoring its cadets through the application process for West Point admissions. He has recently worked as an independent consultant for the President and Board Chair of the Academies.

"I believe General Lima possesses outstanding skills and experience that will enable him to achieve great success in enhancing our Military Academy and growing our nascent Leadership Academies," said Mike Henn, Chair of the Board of Trustees.

More on Wisconsin Eagle
General Lima succeeds Mr. Thomas D. Stocks III, who is transitioning to a new role as a fundraising consultant. Tom is a 1969 graduate of St. John's Military Academy and has served on the Board of Trustees and chaired the Board's finance committee. During his tenure, Tom was responsible for integrating females into the Military Academy and launching the new Leadership Academy. "On behalf of the Board of Trustees and all of the Academies' constituents, we thank Tom for his long service and tremendous contributions," said Henn.

"I am energized and excited to serve as the next President of St. John's Northwestern. For 137 years, the Academies have educated and developed young men and women into responsible citizens and moral, ethical leaders inspired to meet the world's challenges. I intend to build upon the strong foundation that Mr. Stocks and his predecessors have created, and I am fully confident the Academies can reach even greater levels of success, impact and relevance," said General Lima.