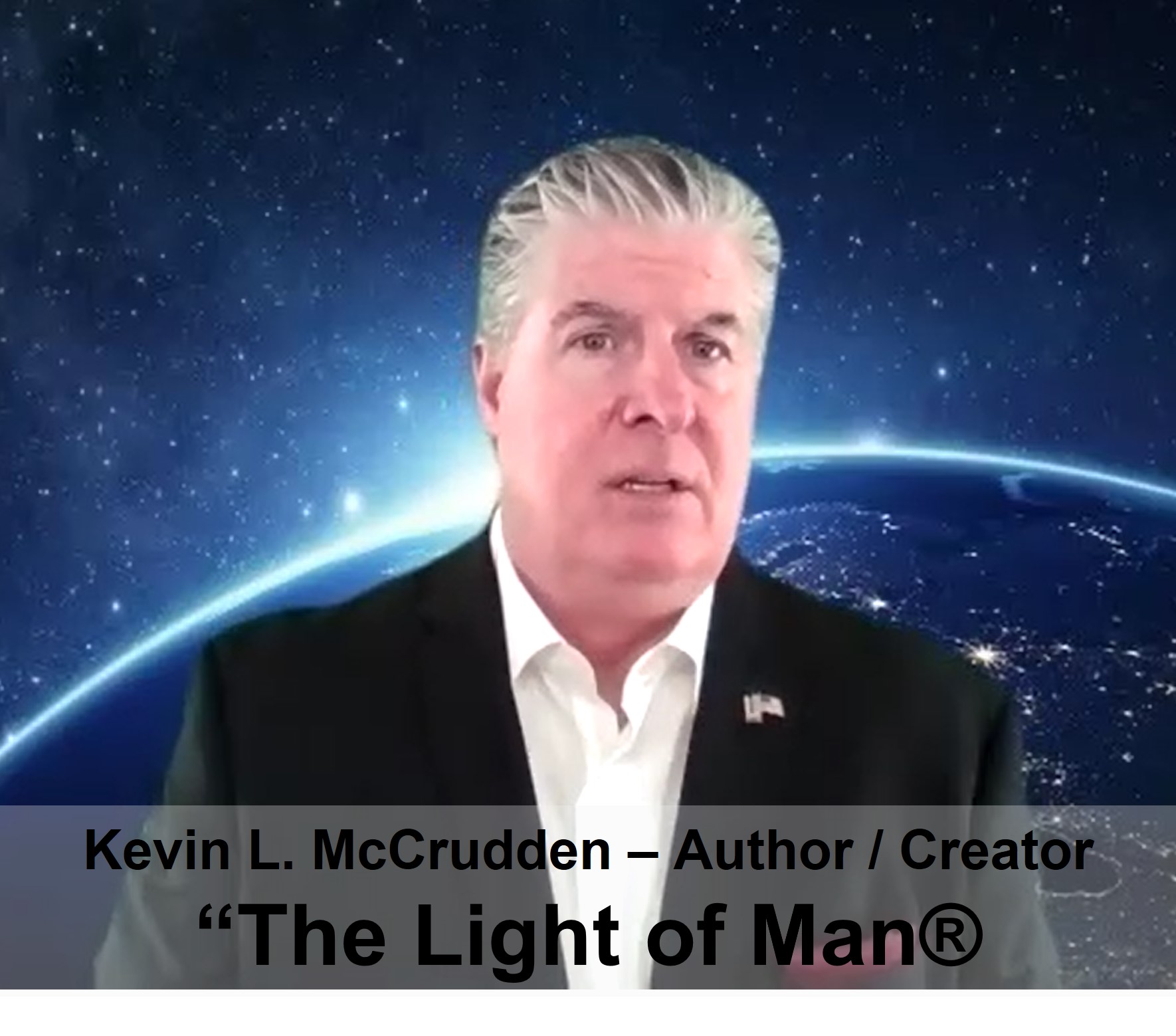 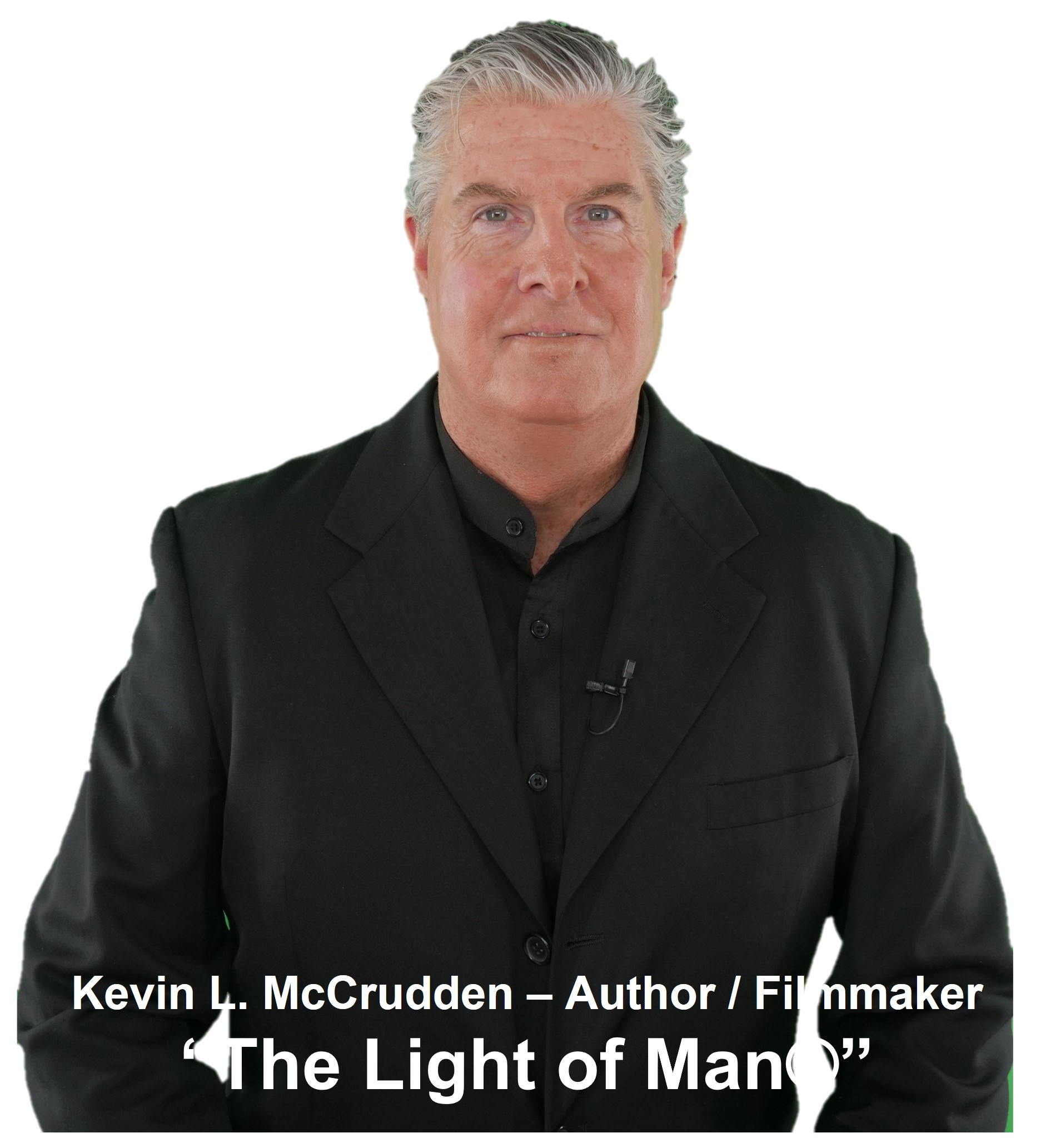 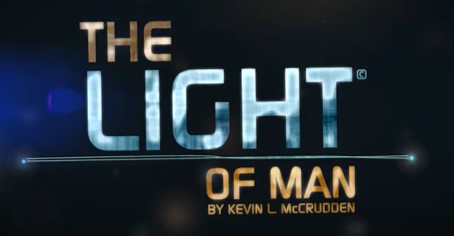 "The Light of Man®" was written and created by Kevin L. McCrudden, also known as, "Mr. Motivation and America's CMO - Chief Motivation Officer." After two decades of dedication to personal and professional development and eight (8) books and audiobooks on the subject, McCrudden is now an international, award-winning filmmaker.

The short version of the documentary film has already won praise and awards from around the world, including Australia, England, India, and Italy as well as here in the States, winning the New York Film Awards' Best Inspirational Short Film and Runner Up at the Los Angeles Film Awards.

McCrudden states, "The Light of Man has been a divine journey. I can't tell you how all the pieces have come together, but after a decade in planning it is all falling into place. The right people have seemingly come out of nowhere and presented themselves as experts and assets that have helped the film become a reality now, at this time."

Dr. Rev. B. L. Hofer is a religious expert who appears in the full movie and is President of The Hofer Institute, a ministry dedicated to Biblical truth and equality, an Ordained Pastor, pastoral psychologist, author, educator, professor and course developer for the SCA University of Theology and Spirituality.  Dr. Hofer says, "What could be more important for our time? For man to discover, at their very foundation, at the very root of all life, we have this beautiful God of light in common. This is a message of unity. A message for such a time as this."

More on Wisconsin Eagle
In addition to Dr. Rev. Hofer in the movie, His Holiness The Dalai Lama is included, the late  Maharishi Mahesh Yogi, world renowned near death expert Dr. Raymond Moody and world-renowned physicist Dr. John Hagelin are also in the movie.

Dr. Hagelin is President of Maharishi International University and leader of the Transcendental Meditation movement in North America. He is also International President of the Global Union of Scientists for Peace, a world-renowned quantum physicist, educator, author, public policy expert, and leading proponent of peace.

Dr. Hagelin graduated summa cum laude from Dartmouth College and earned his M.A. and Ph.D. from Harvard University, and has conducted pioneering research at CERN (the European Center for Particle Physics) and SLAC (the Stanford Linear Accelerator Center). His scientific contributions in the fields of electroweak unification, grand unification, super-symmetry and cosmology include some of the most cited references in the physical sciences. He is responsible for the development of a highly successful grand unified field theory based on the superstring. Dr. Hagelin is among the elite cadre of physicists who have fulfilled Einstein's dream of a "theory of everything" through their mathematical formulation of the unified field—the most advanced scientific knowledge of our time.

Dr. Hagelin said, "Kevin McCrudden's, "The Light of Man" breaks new ground. It uses cutting-edge physics to unravel profound spiritual enigmas and simultaneously addresses some of the most pressing challenges of our time. He skillfully weaves scientific and spiritual truths together to form a unified, paradigm-changing view of reality. My contribution to this effort was to validate the science and, in the process, support my ultimate goal of bringing humankind together in the cause of peace—proving that we have something far more profound that unites us than the surface trivialities that divide us."

If this wasn't enough validation, Mr. Domenic Casillo, Sr., owner of Avalon Media Productions and Producer for "The Light of Man" has over 40 years experience in developing documentaries and movies, said, "This is a passion project for me and my team. As a person of faith myself, this project has taken on a life of its own and has blossomed into an internationally recognized and award-winning film project. I am honored to be working with Kevin to create a universally positive message that everyone in the world can embrace at a time that we need it most."

More on Wisconsin Eagle
It is an obvious theme from the cast of experts and the production team that they believe that the release of the Trailer and the upcoming movie could not have come at a better time. The fundamental, unifying message is that 90% of the population of the planet believes in God or a "Higher Power." Most people are Monotheistic and believe there is only one God or higher power. McCrudden, however, takes it a step further in the documentary movie by bringing these experts together to prove God's existence in the world.

"Obviously, I don't want to tell the entire story and be a spoiler and have nobody watch the movie for themselves, however, like a college thesis or Doctoral Dissertation, I have brought together world- renowned experts to help prove my thesis is correct. I am not asking anyone to change their religion or change their belief systems. In fact, I am asking 90% of the planet to take one step further, closer to God. The one step just happens to be potentially transformational, paradigm shifting and earth shattering!" says McCrudden.

His "goal" he says, is to help people see what they have in common. Their common belief in God and their common humanity. To see beyond their "Religious Beliefs" that tend to divide people and see their greater commonalities. His hope is that by empowering people with the ability to see each other as having the same ultimate belief, that it becomes more difficult to dislike or hate other people and brings the world closer toward World Peace.

McCrudden exalted, "how amazing is the timing of this movie? In the aftermath of a 2-year global pandemic and the midst of a madman creating war and havoc that we thought the world would never see again, we can share a glimmer of hope and inspiration."  He concluded, "What if Muslims are right and that God (Allah) is in all living things?  What if Christians are right and that God is the Light of the World? What if Native Americans and Indigenous peoples from all over North America, Central America and South America were correct, that the world and the Universe are directly connected by a "creator," a higher power? What if man's search for God came to an end?

What if the most expensive and technically advanced piece of equipment ever shipped into outer space, the $10 billion James Webb Telescope, finds nothing and that science actually proves the existence of God or a higher power? What then?"

McCrudden states that "The Light of Man" is the most important project of his life and that he hopes that by releasing the Trailer during "Holy Week" for Christians and Passover for Jews, and during the monthlong observance of Ramadan for Muslims, making it one of the most spiritually aligned weeks of the year, that it helps bring a sense of connectivity and unity to the world.

"My dream is that "The Light of Man" can play a pivotal role in bringing peace and unity to the world and removing some of the cultural divides that keeps us apart. I am playing my part in this divine journey and pray that I have done my part successfully enough that people from all walks of life will see the amazing beauty of humanity more clearly."