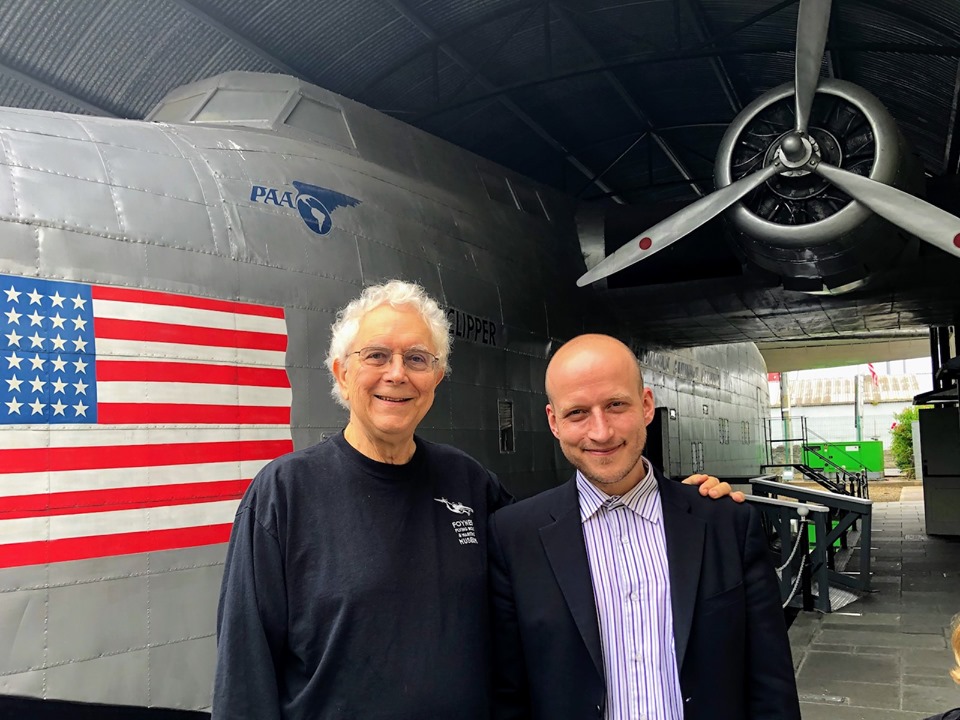 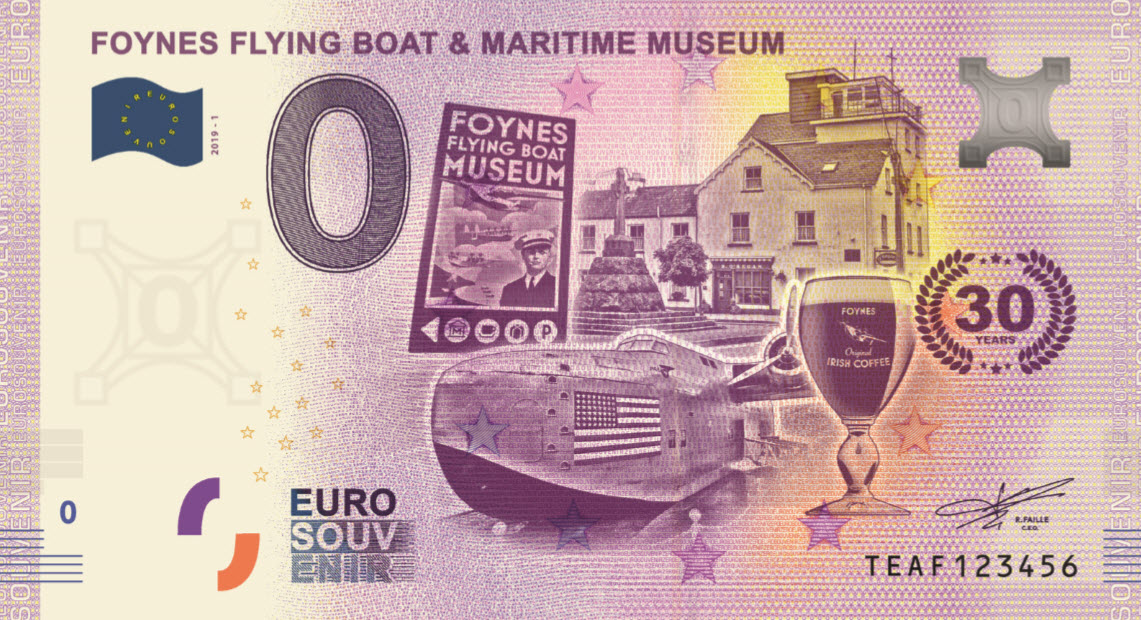 Commemorative Euros make landfall in the U.S. thanks to the help of a flying boat museum!
CELEBRATION, Fla. - WisconsinEagle -- Even though the world's only life-sized replica of the B314 Flying Boat won't be making voyages across the pond any time soon, it is still responsible for the introduction of a new import to U.S. markets - commemorate zero Euro notes.

The Flying Boat (which is a replica Boeing 314 built into the Foynes Flying Boat and Maritime Museum in Foynes, Ireland) caught the attention of Euro Note Souvenir Managing Director Peter Schneider in 2019. Schneider worked with David Brown, one of the Directors of the museum, on a commemorative zero Euro note to honor the museum's 30th anniversary. During the process, the two built up a rapport - and ultimately, Brown (a former US ex-pat, now back and living in Florida) decided to bring the Euro to the U.S. with the creation of Euro Notes Gifts.

More on Wisconsin Eagle
"What drew me to it was the authenticity of it," says Brown on the partnership. "They're made in the same facility that creates the real Euro banknotes for the E.U.. There's nothing quite like seeing something important to you honored on money. I was thrilled with the way the Flying Boat Euro came out, and I knew that others living in the U.S. with an interest in Ireland would want that same feeling."

With millions of people with Irish roots living in the United States, Brown believes that the demand for Euro Note Souvenir's existing collection of zero Euro notes will quickly increase as word spreads throughout the country. There will also be opportunities for new commemorative notes through the partnership. Euro Notes Gifts will manage the fulfillment of all U.S.-based orders for the notes, which will cut the delivery time down from as long as 4 weeks to just a few days.

"There may be more people of Irish descent living in the U.S. than there are in Ireland," says Schneider. "We think that many of them will jump at the chance to own something iconic about their heritage through a zero Euro note."

More on Wisconsin Eagle
Brown says that with each sale the company makes, a portion of the profits will go towards the Foynes Flying Boat Museum that made it all possible. David Brown is available for interviews about the growing trend of collecting zero Euro notes. To schedule an interview, contact him at david@euronotegifts.com.

Euro Notes Gifts is the exclusive U.S. distributor of Irish zero-euro banknotes. These popular souvenir notes have the look and feel of real money, and are printed in the same facility in France that produces real Euro banknotes. More information is available at www.euronotegifts.com